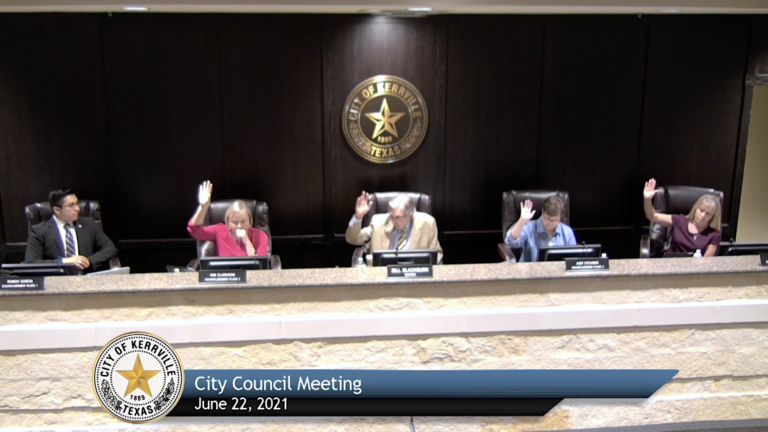 On June 22, the City Council considered a Resolution of intent to issue $7 million of debt for the funding of a new public safety building/complex.  The facility will house the Kerrville police department, fire administration, and municipal court, replacing the three existing buildings that are currently used for each department.

Motions & Vote
Councilman Garcia moved to deny the Resolution as presented and instruct City staff to return to Council at a future meeting with the appropriate documents and information to put the proposed $7 million debt on a ballot to be voted on by the citizens of the City at the earliest election.  The motion died due to the lack of a second.